No Space for Waste

Communities across Southeast Asia have reached a critical moment in the region's battle to put a halt to the toxic trade in plastic waste.

Leaders from the 10 member nations that make up the Association of Southeast Asian Nations (ASEAN) are in Bangkok this week for another round of high level meetings to advance discussions on economic growth, social progress and social development in the region.

The meetings come at a time when countries in the region are facing an unprecedented crisis of epic proportions— shipments upon shipments of unwanted wastes from richer nations that end up in ports and dumpsites in the Philippines, Malaysia, Indonesia and Thailand. Packaging of everyday household products is found at the Wespack recycling factory. Wespack is a leading plastic recycling company located in Malaysia.

Often labeled as ‘recyclables’ these shipments are often a mix of useless and contaminated wastes that can no longer be processed, especially in Southeast Asia where there are no existing mechanisms or facilities to recycle them.  This sums up the global waste trade, with Southeast Asia at a disadvantage.

But neither the waste issue nor the waste trade is on the agenda. This is a huge gap considering the ASEAN summit’s stated theme, “Advancing Partnership for Sustainability”. Instead, discussions will focus on trade, economic and security issues. Worryingly, matters concerning sustainable development, in the face of the region’s rapid growth, are missing.

In the past two years, countries in the region—both poor and prosperous—have been faced with record shipments of plastic waste from richer nations. Between 2016 and 2018, the region saw plastic waste imports grow by a staggering 171%. This led to import restrictions and other similar measures by affected countries, culminating in May and June this year with announcements by the Philippines, Malaysia and Indonesia to repatriate the waste. Environmental activists from various groups hold placards during a protest rally against the waste trade in Olongapo City, Philippines.

The current waste trade crisis faced by the region is largely due to China’s 2018 ban on waste imports. Previously, many Southeast Asian countries had been importing waste, but at a much smaller scale; and they did not push back on shipments until the situation reached crisis proportions. But with global plastic waste generation showing no sign of letting up, the question is, should ASEAN nations continue to receive the world’s waste?

It’s outrageous that some countries in the global north still believe that Southeast Asia should keep welcoming their waste imports for recycling, and that some businesses and governments here still believe that waste trade is profitable. However, the current situation shows that plastic waste recycling—even in the global north—is a myth. If it were technically feasible, why isn’t waste processed in the “advanced” recycling facilities in the country of origin? To say that Southeast Asia should use this opportunity to develop its own recycling facilities smacks of toxic colonialism, rationalizing the injustice of how poorer countries are burdened with pollution generated by the first world.

ASEAN governments also urgently need to rethink their own domestic waste policies. An effective waste policy should consider materials from the moment they are designed. In the case of plastic waste, it means tackling single-use plastic products and packaging at source. Limiting and eventually eliminating single-use plastics will dramatically reduce waste generation. This is important to consider as many Southeast Asian countries are heavy plastic bag users, and are consumer markets for unrecyclable sachet packaging. Products in plastic packages in a shop in Manila.

In all this, the ASEAN has an important role to play in addressing both waste trade and plastic production. Currently, there are only small pockets of national bans and plastic regulations as knee-jerk reactions to the two waste crises. But these measures, although laudable, must be strengthened.

The ASEAN can further be a global leader in innovation. A holistic regional policy geared toward massively reducing the production of single-use plastic packaging and products, and facilitating innovation on reusable packaging and alternative delivery systems will create new and sustainable business models to replace the outdated and dirty waste recycling industry with greener and healthier businesses.

Given Thailand’s stated focus on sustainability for this year’s summit, citizens of ASEAN should demand no less than for their leaders to put waste and waste trade on the table. This is a timely opportunity and a test of ASEAN leadership and relevance. By stopping waste importation and implementing strong plastic reduction policies, the ASEAN region is in an ideal position to help spur a transformation of the global economy, forcing the global north to rethink their own waste generation and to end all waste exports. Healthy and undisturbed nature, especially intact ecosystems such as forests and other wilderness areas, provides a shield against dangerous new diseases emerging and spreading to humans. By contrast, exploiting nature… While we are in the midst of this pandemic, a powerful act is to start imagining what kind of city we might be living in when this pandemic slows down. 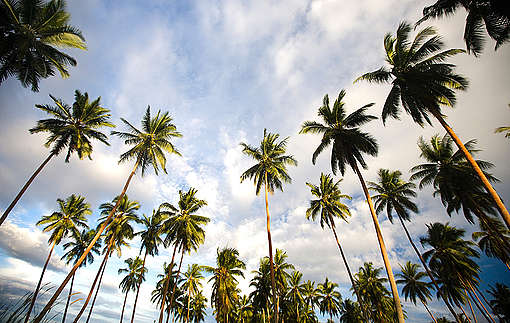 We hit the “pause” button on 2020.  While the world is currently in a state of shock and isolation, this whole experience has made me think about the simpler times…