Jakarta– Ministers in the Government of President Joko Widodo are blocking efforts to reform the palm oil industry. Last week the Indonesian Coordinating Ministry for Economic Affairs ordered palm oil companies not to share information regarding the palm concessions they own.

Transparency has become a key battleground in the fight to clean up Indonesia’s palm oil industry. In December, the world’s largest palm oil trader, Wilmar International, committed to map and monitor hundreds of its suppliers to ensure they were not destroying rainforests. The government’s moves seem designed to stymie this initiative.

“The Indonesian government seems determined to prevent brands knowing whether the companies that produce their palm oil are destroying forests. This just strengthens the hand of those who claim the palm oil industry cannot be reformed. It would also do untold damage to the Indonesian economy, as many consumer brands would find themselves with no choice but to stop buying palm oil altogether,” said Kiki Taufik, Global Head of the Indonesian forests campaign at Greenpeace Indonesia.

Over two years ago, Indonesia’s Supreme Court ruled that the government should make information on palm oil concessions available to the public. Instead, senior ministers, including Luhut Panjaitan – Minister for Maritime Affairs – and Darmin Nasution – Minister for Economic Affairs – are deliberately limiting access to data and information. Darmin claimed the government was acting in response to palm oil companies ‘flirting’ with the European Union. The EU is considering restricting the use of palm oil for biofuels over concerns about deforestation and climate change.

During the recent Indonesian presidential campaign, Minister Luhut became embroiled in a controversy over plantation land titles, known by the Indonesian acronym HGU. Luhut denied owning a palm oil plantation, telling journalists that he supported transparency in the palm oil sector and that “[the government] has a one map policy, the [HGU] data is public. Open it. You can see what land I have.” He later admitted ownership of a 10% stake in palm oil company PT Toba Bara Sejahtra (PT TBS).

In 2017, the Indonesian environmental NGO Walhi accused a subsidiary of PT TBS of seizing land from smallholder farmers to develop its plantation.

This comes amidst heightened public awareness about deforestation, in particular for palm oil. Several consumer goods manufacturers, including Unilever, Mondelez and Nestlé, have committed to ‘no deforestation’ and are trying to reform the sector. However, controversy around palm oil and deforestation has already lead to some European retailers removing palm oil from their own brand products, including Iceland supermarket in the UK.

This is not the first time the Indonesian Government has blocked private sector initiatives to increase transparency in the palm oil sector. In 2016 the Indonesian Palm Oil Pledge (IPOP) was disbanded following pressure from some parts of Government. The oil and plastics industry wants you to think that you and your family are safer when your food, drinks and other products are wrapped in plastic. But health experts… 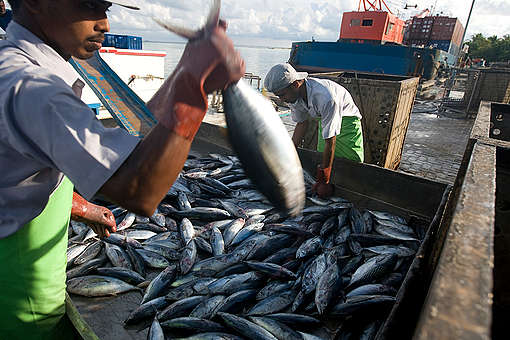 During the lockdown, the fish markets were temporarily closed. Few people visited so local fishers lost their regular clientele, and fresh seafood prices significantly dropped by more than a half…