Start your own campaign

In this short talk I want to make three points before opening it up for discussion and questions.

Unionism is a profoundly subversive project. The idea that the sellers of labour would group together to try to control the price and conditions of the sale of their labour is a fundamental breach of market fundamentalism.

It is a fundamental breach of the neoliberal worldview that has dominated public policy across most of the English speaking world since the 1980s, and elsewhere.

Neoliberalism as we have experienced it in our lifetimes has been defined by privatisation of public assets, austerity for the poor, deregulation – eg of work safety (Pike coal mine), building (leaky houses catastrophe), finance (GFC) – unregulated trade, reductions in state expenditure, and freedom for corporations to strip mine the ecosystems of planet earth. But it has also been defined by an unrelenting hostility to organised labour pushing for wage rises to maintain labour’s share of wealth.

Neoliberalism is capitalism unbound. Neoliberalism is theory and practice of capitalism freed from the constraints of the post-World War Two social consensus between labour and capital – a compact in which capital accepted state supervision in return for labour not threatening to overturn capitalism itself.

And understanding neoliberalism is essential to understanding what has gone wrong in our societies since the 1980s as Thatcher, Reagan, Hawke and Lange led governments that overturned the policy settings that had seen the most sustained period of prosperity in the history of capitalism after the War, and falling inequality.

It is neoliberalism that is the coherent ideology and practice that has guided public policy over the last 30 years or so, resulting in massive transfers of wealth from workers to the owners of capital and of course a matching growth in inequality. Workers share of national income has dropped by over ten percent in that period – an annual loss of income for New Zealand workers of over twenty billion dollars a year.

And it isn’t just workers who have suffered. If workers are one resource to be exploited by this version of capitalism, then the natural world beyond humans is another. The rise in regulation to protect the environment that we saw throughout the 1970s was slowed, stopped and then reversed by neoliberal governments from the 1980s as the very idea that governments should intervene in markets in order to protect our collective interests was overturned.

The result is the triple crisis of inequality, biodiversity collapse and a climate emergency that we confront today.

Re-domesticating capitalism is in the interests of not only the humans who call this planet home but all the other amazing plants and animals that share this blue planet with us.

This particular variant of capitalism under which we are living is a system, and if we want to change the world for the better we need to change this system. We need to broaden our ambition if we are to achieve even narrowly defined victories.

We need to restore the role of people in the decision making process of our society, restore the centrality of democracy and its instrument, the democratically elected government, to act on our behalf. Markets and businesses are powerful and important but left to their own devices they will destroy the very social and ecological life support systems on which we all depend.

So how do we achieve this – how can progressive civil society institutions mobilise the power necessary to make this change?

Unions do have real economic power in the form of the strike, and they should use it.

But in the absence of broader public support, the power of the strike has its limits. When Hawke and Keating imposed the Accord on Australian unions in the 80s and forced them to accept pay increases lower than inflation, ie pay cuts, one union – the Airline Pilot’s Union – refused to accept it,  insisting that pay should keep up with inflation. They went on strike, and the Labor Government used the full force of the state to crush them, despite the union being in a pretty powerful position.

Successful campaigning means winning hearts and minds, and reaching out to as broad an audience as we can. It means seeing unions and NGOs as public institutions, more than narrowly focused trade unions or environmental lobby groups. Yes, we all have our specific entry point which we need to hold onto, be it the wages and conditions of our members or climate emissions, but beyond that we all need to see the connections to broader issues and systems. And I would like to congratulate the PSA on joining the call to end oil and gas exploration last year as an example of just that kind of thinking.

It’s true that having a Government that is seen as more friendly is helpful – like the current one – but if we spend all our time lobbying and in meetings with ministers without winning the battles for hearts and minds we won’t win.

This is not just a nice to have – we need to change the world and to do that we need to mobilise power. The single most important power resource that progressives have available is people power.

People power influences politics indirectly as it influences the public debate and broadens the limits of what is acceptable to say and think.

People power influences corporations directly as businesses seek to sell products and services that meet market demand and that can tell a story that is consistent with the prevailing zeitgeist.

People power provides the practical financial and other support that progressive institutions need to survive.

But if you want to take people power even further, we need to look at non violent civil disobedience.

Many of the government policies and laws that we see as normal or common sense in contemporary New Zealand society, were once seen as radical dangerous and deserving of state surveillance, disruption and repression.

Many of the values that are core to our society today, were once extremely controversial and only reached mainstream acceptance following years of agitation by people in the past taking actions, which many others saw as security threats, economic treason.

The tactics used to achieve some of our most prized democratic rights, tactics of civil disobedience involving peaceful law breaking and protest, were seen at the time by many in government, especially within the security services but also by the broader public sector, as a threat to order.

Human progress has historically relied on the disruptive impacts of agitators and rule breakers.

Let me give a few examples.

What is common across all these steps forward in our society is citizens use of non violent direct action or non violent civil disobedience.

This is an important tradition in New Zealand and globally and it does work, but really only when it is done in the context of broader support and needs to be seen as one component of people power.

In this brief talk I’ve tried to make three points: that we need to challenge systems, in particular neoliberalism; people power is essential if we are to be successful in creating a fair and sustainable society and hence we must always aim to win hearts and minds; and that in that context non violent civil disobedience has an important role.

I will leave you with a quote from the late High Court Judge, Lionel Murphy, in the 1982 case of Mr Neal, the Chair of the Yarrabah Aboriginal Council of North Queensland who had been convicted of assault for spitting at the white supervisor on an Aboriginal reservation, and sentenced to six months in prison. Mr Neal was an activist and the Magistrate singled him out for a particularly severe sentence for being an ‘agitator’.

Mr Neal appealed his sentence and it eventually ended up in the highest court in Australia in front of Justice Lionel Murphy. Murphy was the last High Court appointment of the last truly progressive government in Australia, the Whitlam Government of 1972-75, akin to the Norman Kirk government in New Zealand. Murphy let him go with this rather wonderful statement of the importance of activism:

“If he is an agitator, he is in good company. Many of the great religious and political figures of history have been agitators, and human progress owes much to the efforts of these and the many who are unknown. As Wilde aptly pointed out … ‘Agitators are a set of interfering, meddling people, who come down to some perfectly contented class of the community and sow the seeds of discontent amongst them… Without them… there would be no advance towards civilisation’. Mr Neal is entitled to be an agitator”.

Cheers to all you agitators. 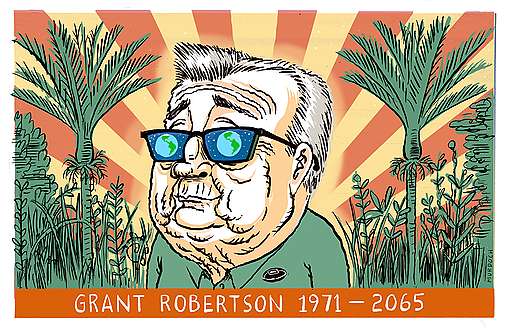 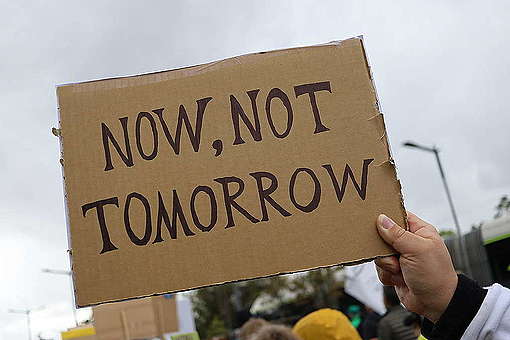 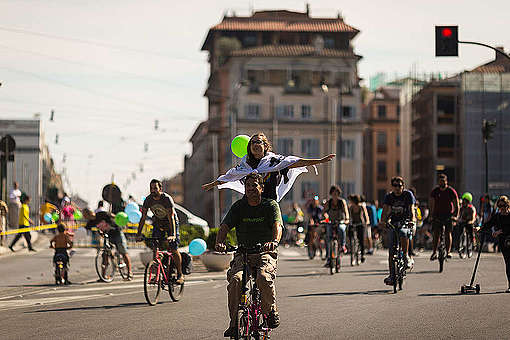 Talking to a friend the other day, he mentioned that the biggest satisfaction he had in times of lockdown was to bake a good loaf of bread. He made me…