Join our call on the New Zealand Government to make climate crisis its nuclear free moment by taking the climate emergency seriously, with real action… 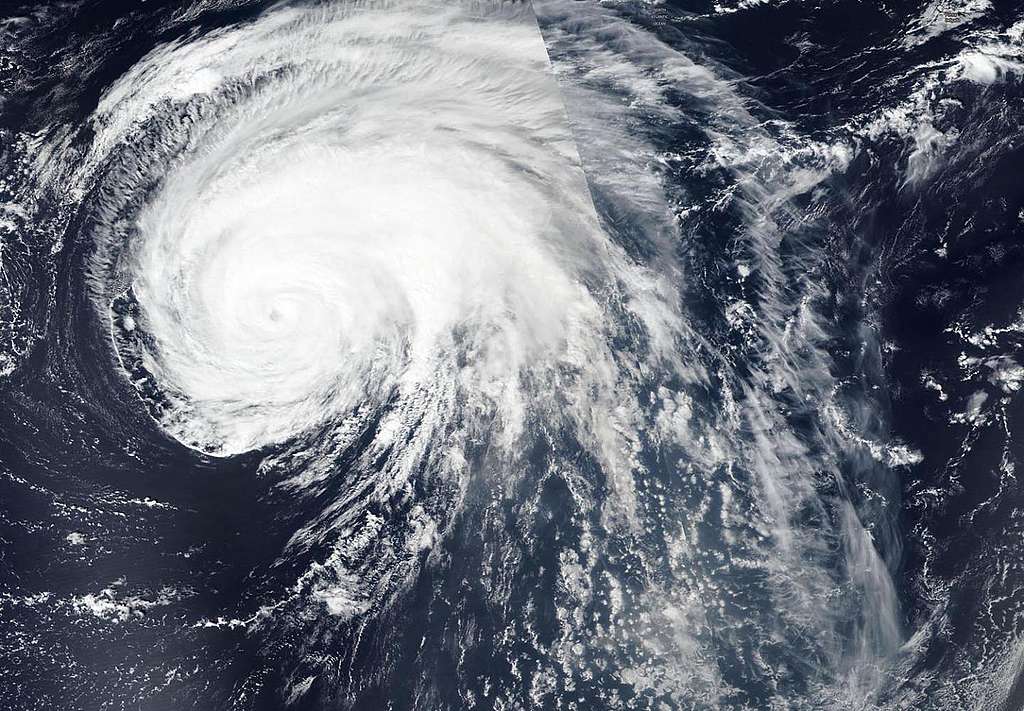 Over the past few days, we have witnessed the formation of an extreme weather event of unprecedented intensity in the northeastern Atlantic.

Why unprecedented? It is the first time that a hurricane in this part of the Atlantic has reached this magnitude. In a remarkable burst of rapid intensification, Hurricane Lorenzo intensified to reach Category 5 status late last Saturday. This is the highest category on the Saffir-Simpson scale. It became the Atlantic’s second Cat 5 storm of the year, the strongest hurricane ever observed so far east in the Atlantic, and one of the northernmost Cat 5s on record with sustained winds of 250km per hour. 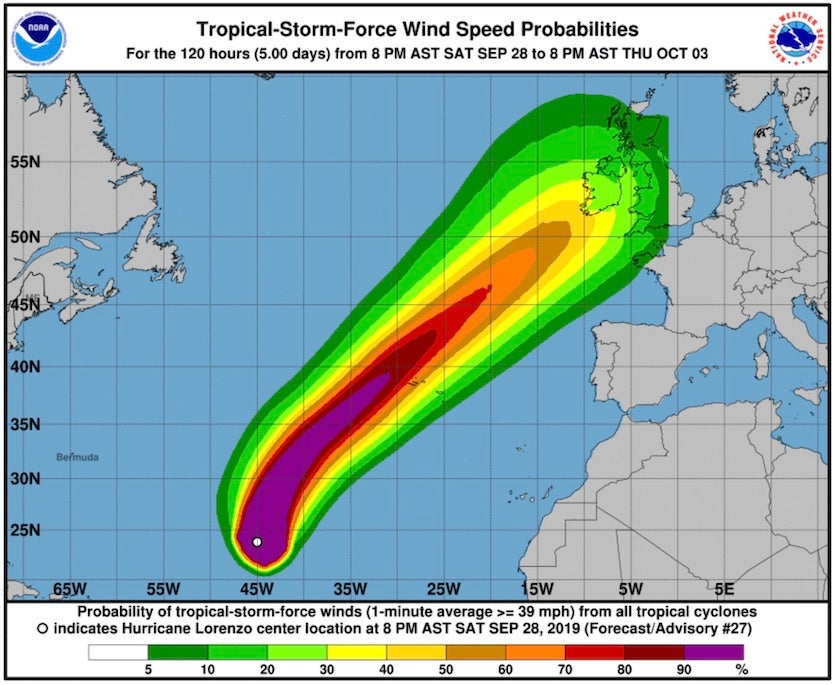 Hurricanes of such intensity may seemingly be rare but they appear to be becoming a more frequent meteorological phenomenon. Matthew (2016), Irma, Maria (2017), Michael (2018), Dorian and now Lorenzo in 2019: the consecutive period of 2016- 2019  is the longest sequence of years in which at least one Category 5 event occurred. 2017 and 2019 are two of only seven years since 1851 (when reliable records began) in which more than one Category 5 Atlantic hurricane occurred. 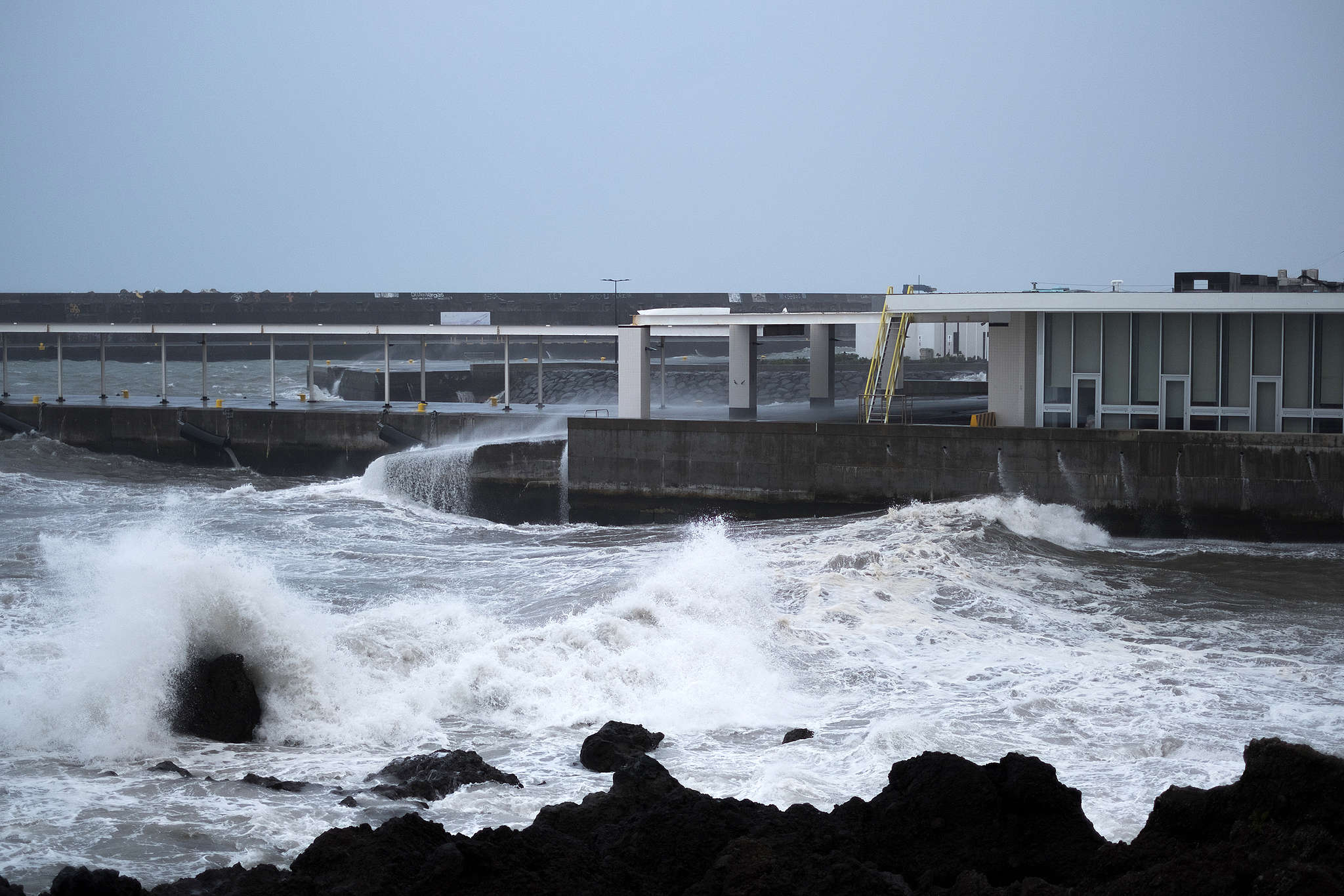 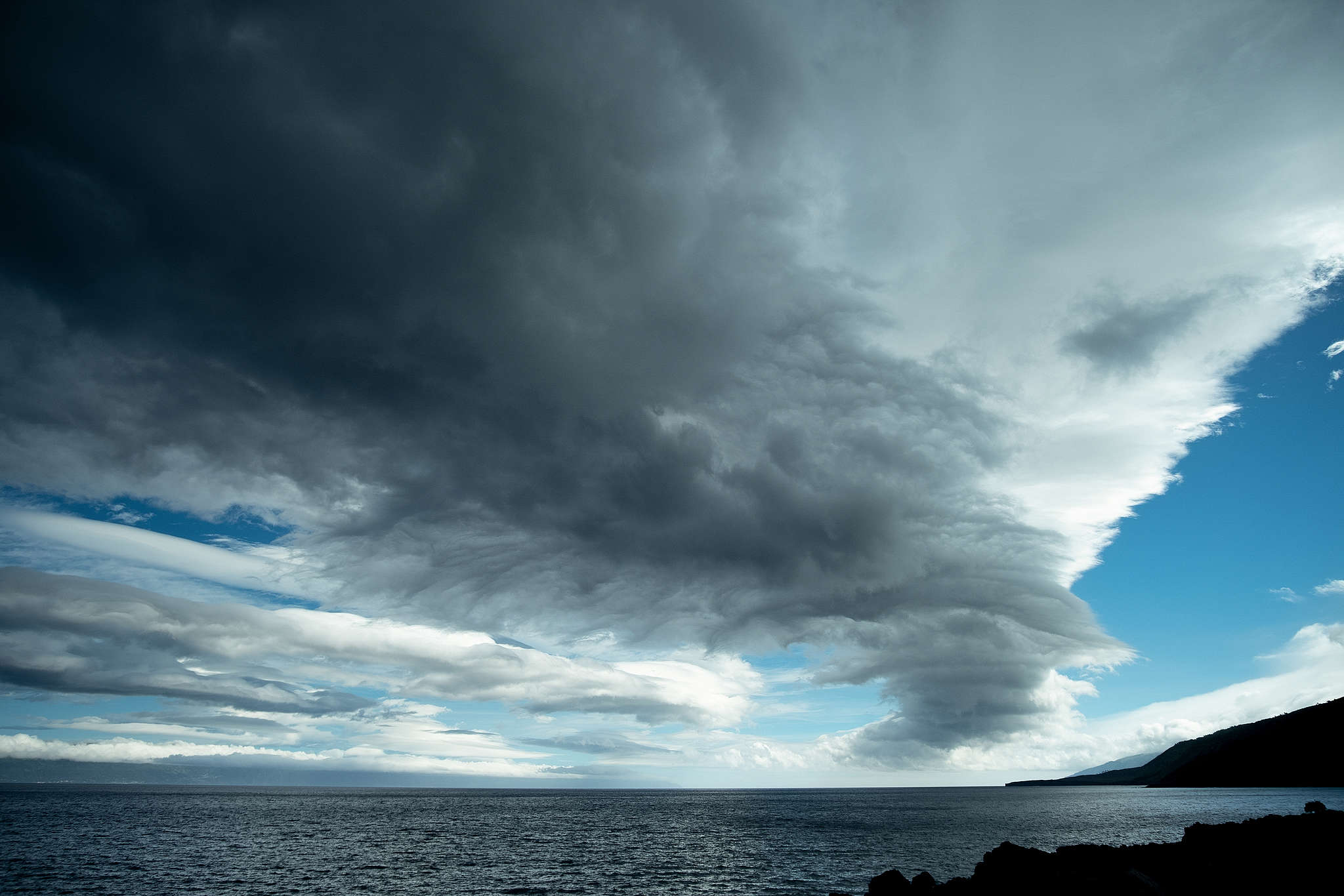 TOPSHOT – Heavy clouds are seen above the sea, in Sao Roque do Pico, on the Pico Island, on October 1, 2019 as Hurricane Lorenzo passes over the Portuguese archipelago of the Azores. (Photo by Lino BORGES / AFP) (Photo by LINO BORGES/AFP via Getty Images) 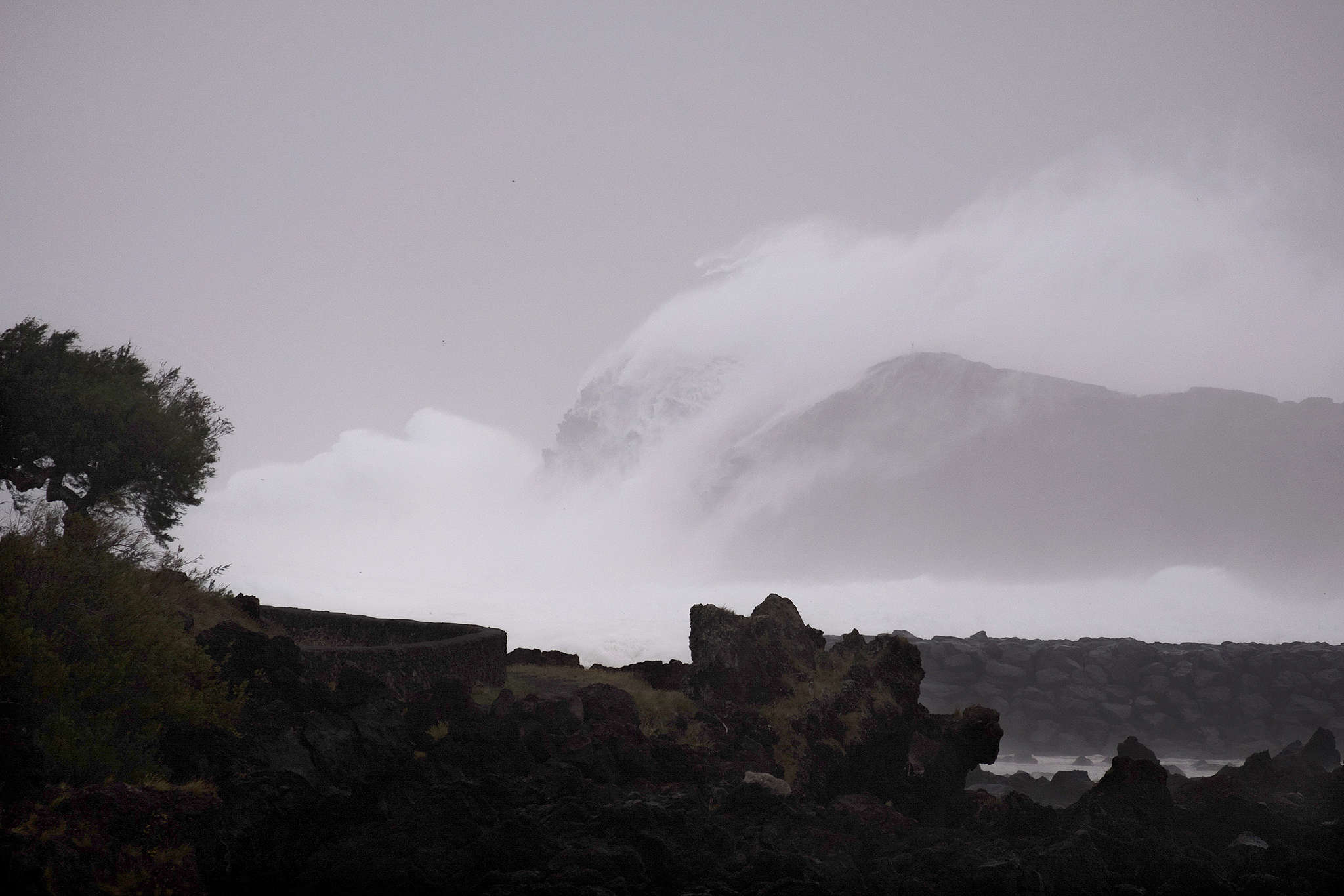 How does climate change affect hurricanes?

The scientific community is working to understand the ways in which global warming affects hurricanes and tropical storms, including its influence on wind patterns. There is no scientific consensus on whether the number of hurricanes will increase in the future. While actual numbers may remain much the same, warmer seas can generate more violent hurricanes which intensify more quickly and warmer air can hold more moisture leading to increased rainfall. There is some evidence that hurricanes may move more slowly, increasing wind damage and rainfall in affected areas.

We have to stop feeding this climate emergency before it’s too late. That is why it is essential to accelerate the energy and ecological transition to reach zero emissions by 2040 in all countries, leaving no one behind.

Cecilia Carballo is the Programme Director for Greenpeace Spain.