Greenpeace exists because this fragile earth deserves a voice. It needs solutions. It needs change. It needs action.

Around the globe, we are standing up for our communities, and we are holding governments and corporations accountable. Our Planet - a  pale blue dot on the vast canvas of the universe, is fast approaching a point of no return. In the current world order, materialism supersedes human values, economy is more treasured than ecology and profits are prioritized over people. This ceaseless demand for more is pushing our soil, air, water, food, forests and climate closer to an inevitable collapse. Greenpeace India exists because of activists, supporters, donors and volunteers who believe in taking collective action for the environment. Our planet needs us more than ever - individuals, communities and groups who have the power to shift the paradigm. Greenpeace India does not accept donations from governments or corporations, and relies on the donations of close to 56,000 Indian citizens to fund our campaign work. In addition we are supported by a national network of Indian volunteers as well as 7.5 lakh online and 19 lakh mobile activists [all figures March 2017]. As of March 2017, as part of our efforts to strongly focus our work on climate change and sustainable agriculture Greenpeace India is undergoing an important restructuring. For several years now, we have been supported by an able and committed team involved with raising public awareness on environmental issues and raising funds for the organisation. Over the years, this team has helped us inspire more than 3,00,000 individual supporters to join our mission and help us stay financially stable and independent. Under our new restructured model these critical functions have now been outsourced.  We have contracted Direct Dialogue Initiatives India Pvt. Ltd (DDII) whose mission is to raise funds ethically for environmental and social causes.

We believe optimism is a form of courage. We believe that a billion acts of courage can spark a brighter tomorrow.

To that end we model courage, we champion courage, we share stories of courageous acts by our supporters and allies, we invite people out of their comfort zones to take courageous action with us, individually in their daily lives, and in community with others who share our commitment to a better world.

A green and peaceful future is our quest. The heroes of our story are all of us who believe that better world is not only within reach, but being built today. 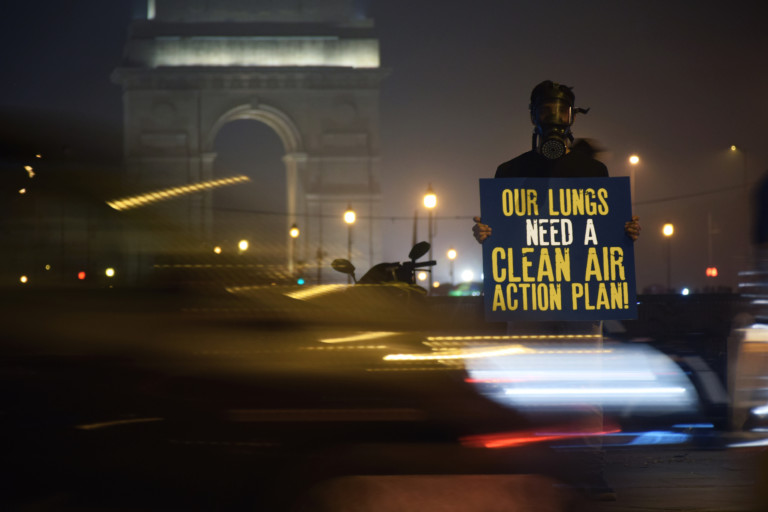 Greenpeace uses non-violent creative action to pave the way towards a greener, more peaceful world, and to confront the systems that threaten our environment. In 1995, a group of activist friends came together in Delhi with an idea that took shape into a powerful movement. One that became the building block for Greenpeace India Are there burning questions in your head about us and/or the work we do that needs answering? We believe in operating transparently and using the resources of committed individuals efficiently. Greenpeace India is proud to be part of a global network of independent Greenpeace organisations and we are happy to report back on our work.

Read More
We use cookies to enhance your experience. By continuing to visit this site you agree to our use of cookies.