Montreal – The impact of the climate crisis on our oceans has far-reaching implications for biodiversity and humankind, requiring an urgent global political response in the next 12 months, a new Greenpeace International report warns. In Hot Water: The Climate Crisis and the Urgent Need for Ocean Protection states the breakdown of the oceans due to fossil fuel usage is rapid and large-scale, already disrupting ecosystem structure and functions across the globe, and resulting in ocean heating, sea level rise, ocean acidification, and deoxygenation.

“The ocean is heating, it’s rising, and its very chemistry is changing. For people and for wildlife, the climate crisis is an ocean crisis, and we’re already in hot water,” said Taehyun Park, global climate political advisor, Greenpeace East Asia. “The ocean isn’t something that happens ‘over there’: it’s a livelihood for so many people, it’s food security for millions more, and it’s the oxygen that every one of us on this blue planet breathes.”

The report urges coordinated action from governments, seizing on a series of events over the next year which presents a ‘unique window of opportunity’ to address climate breakdown, biodiversity loss and ocean protection at a global scale. This includes states agreeing to be more ambitious their national greenhouse gas emissions reduction targets at climate summits in Spain and the UK, agreeing a Global Ocean Treaty at the UN by the end of 2020, and committing to protecting 30% of the oceans by 2030 with a network of ocean sanctuaries at the Convention on Biological Diversity summit in China in October 2020.

“As the newly formed Canadian cabinet prioritizes work in the months to come, the climate crisis is front and centre, and all means to mitigate it while protecting biodiversity should be paramount” said Sarah King, Head of Oceans and Plastic campaign at Greenpeace Canada. “Greenpeace is urging the Ministers of Fisheries, Oceans and the Canadian Coastguard, Environment and Climate Change, and Foreign Affairs to work together to ensure that Canada’s commitment to protect oceans extends to the high seas, by pledging to safeguard at least 30% of our oceans by 2030 and securing a strong Global Oceans Treaty. We know ocean life can help us if we help it.”

The report notes that oceans are a crucial ally in the fight against climate change. Creating a global network of sanctuaries can enable marine ecosystems to build resilience and better withstand rapid changes, as well as help mitigate climate breakdown by safeguarding carbon sequestration and storage. The report identifies ocean ecosystems at the frontline of climate impacts and recommends priority areas for governments to protect within the network. These include both poles of the Arctic and Antarctic, whale hotspots, coral reefs, mangroves, seagrass meadows, the Sargasso Sea in the Atlantic, the mesopelagic zone and the deep ocean, which the report states should remain off-limits to the nascent deep-sea mining industry.

The full report, In Hot Water: The Climate Crisis and the Urgent Need for Ocean Protection, can be accessed here: https://www.greenpeace.org/international/publication/27261/in-hot-water/
For a collection of images related to the report, see: https://media.greenpeace.org/collection/27MZIFJ8EUQHJ 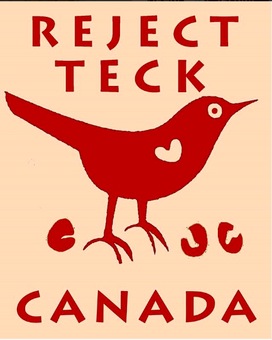 If you’re involved in the climate and Indigenous rights movements in Canada, you’ve probably seen this beautiful bird design a lot. But you might not know the artist, Isaac Murdoch. 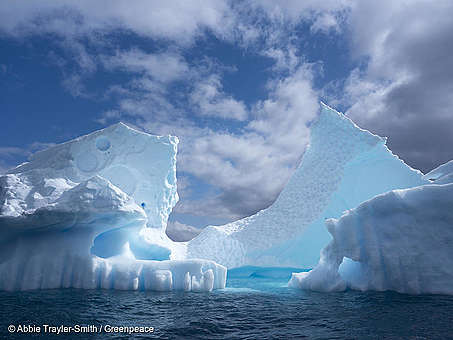 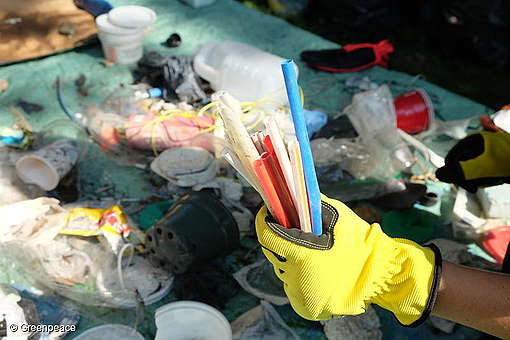 Reacting to the announcement of the imminent closure of four recycling centres in Quebec, including Montréal’s two main sorting centres, Saint-Michel and Lachine, Greenpeace Canada’s Oceans and Plastics Campaigner, Agnès…