Yaoundé, 25 November 2019 – Following last year’s Ruinous Rubber report, exposing the Congo Basin’s most devastating new forest clearance for industrial agriculture, Greenpeace Africa released today a brief describing human rights violations of Indigenous Baka communities in the South of Cameroon. The brief reveals how the operations of Sudcam – a subsidiary of Singapore-based rubber giant Halcyon Agri – have led to destruction of Baka people’s camps, restricted their access to land used for farming, fishing, and hunting, and contributed to loss of their language and culture.

“Our brief exposes a hard truth: the hollow promises of development from a multinational and local elites are a disaster for Indigenous People,” said Dr. Victorine Che Thöner, Greenpeace Africa’s forest campaign leader. “Forest-trashing Sudcam is responsible for forced displacements and the destruction of dwellings, sacred areas and graveyards.”

Field visits by Greenpeace Africa and its local partner Appui à l’autopromotion et l’Insertion des Femmes, des Jeunes et des Désoeuvrés (Apifed) to three Baka villages found destroyed camps, sacred areas and graveyards turned into restricted areas, and communities who have lost their livelihood. “Halcyon Agri and its subsidiary Sudcam must make reparations to the Baka people, return the forest it hasn’t destroyed yet, and respect the customary rights of Indigenous People enshrined in Cameroonian law. It must also disclose the identity of its 20% shareholder. Cameroonians deserve to know who is benefitting from this forest destruction and human rights abuse,” added Dr. Che Thöner.

From 2011 to the end of 2018 Sudcam cleared a tropical forest the size of Paris, releasing CO2 equivalent to burning 60,000 railcars of coal. The population explosion caused by Halcyon Agri has led to increased poaching of endangered species in the adjacent Dja faunal reserve (a UNESCO World Heritage site). Greenpeace Africa and Apifed are calling for people-led development, after the failures of corporate-led development

“Indigenous communities are not weak. They have been weakened by a company gone amok, enabled – and partly owned – by local elites,” said Dr. Che Thöner. “In fact, recognizing the rights of forest people is the best solution to guard the forest and counter the climate and extinction crises,” Dr. Che Thöner concluded. 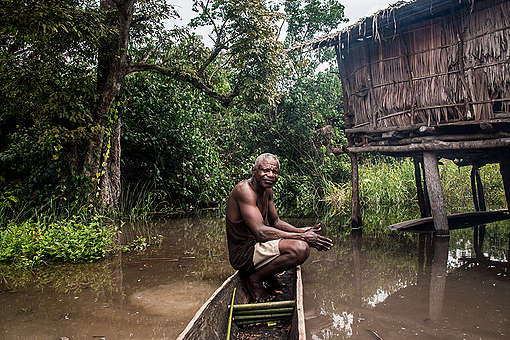 Access to land and its resources is crucial throughout rural Africa. Since the colonial era, local elites and foreign corporations have been taking control over large areas of agricultural lands.… 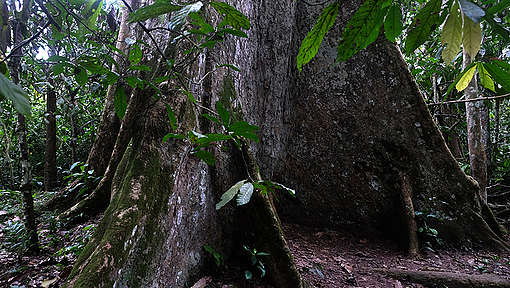 Kinshasa, 10 December 2019 Greenpeace Africa and a coalition of eight NGOs from the two Congos are calling for the immediate cancellation of all industrial activities in peatlands, including oil… 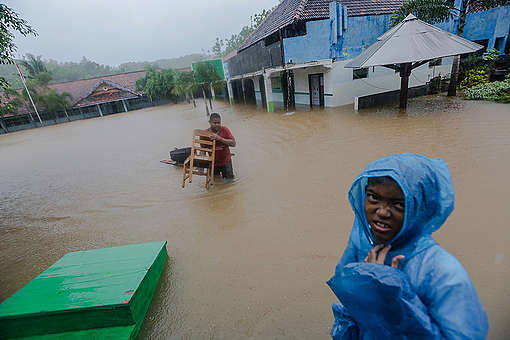 Nairobi, 5 November 2019 – With floods hitting at least 16 African countries [1], Greenpeace Africa urges leaders to act for the people and against climate change. Rains have increasingly…