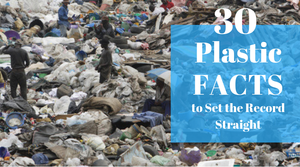 There is no disputing the critical environmental situation resulting from our excessive and unnecessary use of plastic. There is currently enough plastic in the ocean to circle the Earth over 400 times!

But, in case you need more convincing about why we need to #BreakFreeFromPlastic right now. Here are 30 more alarming FACTS about plastic that will make you rethink about your dependence on the deadly material. 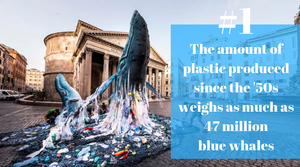 1) About 8.3 billion tonnes of plastic has been produced since the 1950s – the weight of roughly a billion elephants or 47 million blue whales.

2) Only about 9% of this plastic has been recycled, 12% has been burned and the remaining 79% has ended up in landfills or the environment.

3) Up to 12.7 million tonnes of plastic waste is estimated to have entered the global ocean in 2010.

4) The equivalent of a truckload of plastic enters the oceans every minute.

5) Over 90 percent of plastics produced have not been recycled.

6) By 2050, there will be 12 billion tonnes of plastic waste in natural environments. 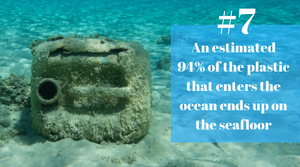 7) It’s estimated that 94% of the plastic that enters the ocean ends up on the seafloor. Barely 1% of marine plastics are found floating at or near the ocean surface and 5% end up on beaches.

8) Studies estimate that there are anywhere between five and fifty trillion plastic particles in our oceans today.

9) The United Nations Environment Programme (UNEP) estimates that ocean plastics are responsible for the deaths of hundreds of thousands of sea creatures each year.

12) Up to 9 of 10 seabirds, 1 in 3 sea turtles and more than half of whale and dolphin species have ingested plastic. 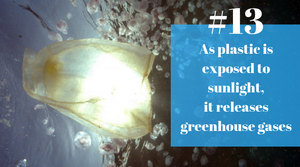 13) A new study found that when plastic is exposed to sunlight, it releases greenhouse gases (methane and ethylene). Not only does plastic contribute to climate change in its production, it does so during degradation as well.

14) People living along rivers and coastlines in China, Indonesia, the Philippines, Thailand, and Vietnam are the most impacted by plastic pollution.

15) Low income communities face more health impacts near plastic production sites, have greater exposure to toxins and waste, and bear the brunt of the impacts of improper plastic disposal and incineration.

16) Henderson Island in the South Pacific is the most plastic polluted of any island recorded to date.

17) Countries like Canada, the US and the UK export plastic waste to various countries in Asia and Africa, offloading their trash problem to other communities. 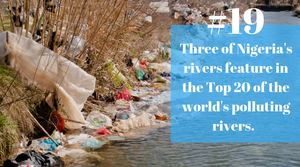 19) Nigeria’s Cross, Imo and Kwa Ibo rivers all feature on the Top 20 polluting rivers – the worst contributors of plastic waste to the ocean relative to their size.

20) Plastic producers are set to increase production by an additional 40% over the next decade.

22) Tens of billions of bags of chips are sold each year by companies like Pepsi Co.

23) 500 million straws are produced each day in the United States alone, that’s over a straw a day for each American!

24) Bioplastics are not as green as they seem, approach with caution. Though companies often market them under the same umbrella, a product is not necessarily biodegradable and may require very specific conditions to break down. They also do not solve the litter or throwaway culture problem. 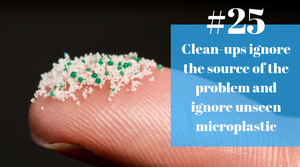 25) While clean-up efforts help reduce litter problems, they do not address the source of the problem and ignore the unseen plastic pollution – microplastics.

27) Incineration, where waste is destroyed by burning, creates other pollution and does not address the overproduction problem.

28) Various cities, countries and regions around the world are banning or proposing bans on different single-use plastics – like Kenya and Morocco’s bag ban, Seattle’s (US) straw ban, and the City of Vancouver’s (Canada) proposed coffee cup and styrofoam container ban.

29) More than 30 countries have either regional or countrywide bans on plastic bags, and dozens more have levied fees or taxes on disposable bags.

30) UK retailer Iceland committed to go plastic free for all of its own brand products and some South Africa retailers have committed to do the same in the near future. 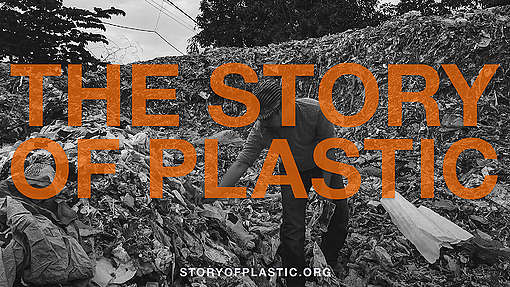 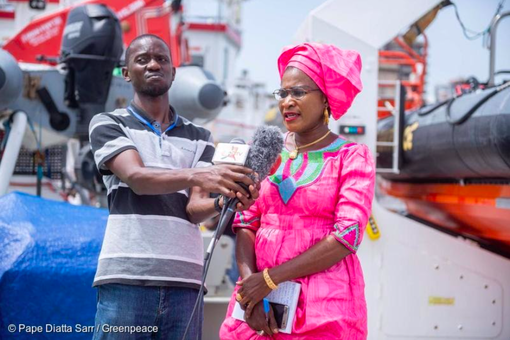 There’s been outrage in recent weeks over news that the Senegalese government will start a process which could lead to the issuing of 54 new licenses to destructive, industrial fishing…

Gareth Hards, how do i volenteer

, how do i volenteer, is it all paid for.

Good Day
Thank you for the message. I have sent our Mobilisation officer your details and he will contact you soon with the details.

Please sign up to be a volunteer on our volunteer page:
https://www.greenpeace.org/africa/en/act/volunteers/

Have a great day.

Hi. I turn 70 years old this year and am appalled at the devastation caused by plastic. I live in the city of Port Elizabeth in the Eastern Cape of South Africa. I have started sewing reusable fabric shopping bags at home. Can you assist me by marketing these bags. Thanking you.